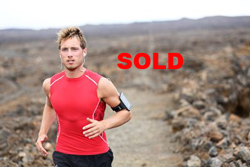 I thought it would be cool if I could race my friend running who lives in Sydney Australia, whilst I run in Brighton UK. I coded an app, which he and I both have on our Android phones. The app tracks us running, calculates our top speed and total time to see who wins the race. It’s kind of addictive. It’s basic, more a prototype and doesn’t have a handy interface, but it works. A couple of friends said they wanted to join as it looks fun. This made me think this could be better. Interested to hear from anyone who wants to buy the app outright. I am also open to develop the app more if someone wanted to partner to fund further development.

If someone is interested they can trial the app on their phone and let's have a race!
Seller’s Q&A
All code for the app.
Just built for fun, so will sell or partner with someone.
More than runner could race against each other. It could apply to other sports like cycling.
Yeah
Private Sale
Indicative price
£8,250
36 days left
£95 per introduction
3% of sale proceeds